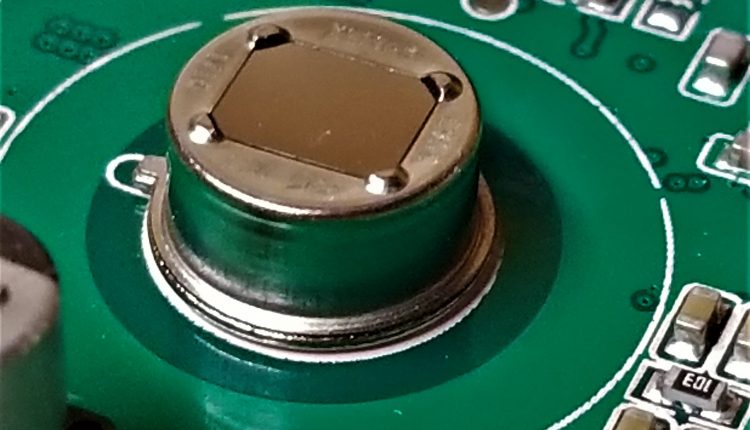 Still Wonder What Kind of Thermal Sensor for Trail Camera?

Get the right thermal sensor to detect and capture objects better!

In case people ask me why their trail cameras are no longer taking pictures, I often suggest them to check the battery, the SD, the settings, and … the detection sensor.

When the camera fails to detect objects, it will capture nothing.

Modern trail cameras often record a trigger event on detecting heat as animals become smarter in concealing themselves, but they can hardly hide their heat signatures.

And, if your next question is what kind of thermal sensor for trail camera, my answer is the Infrared Sensor.

How The Infrared Thermal Sensor Works in Trail Camera Works?

Using a resistance temperature detector, the temperature sensor collects the thermal data. The data, then, are converted into an understandable form for the device to take further action, say, shooting an image or recording a video.

There are several thermal sensors such as thermocouples, thermistors, infrared sensors, semiconductors, etc. However, for the trail camera, the infrared sensors are the most commonly used.

Be Sensitive to Temperature

An IR sensor is a small and sensitive electronic device to detect and measure the heat of an object, to be more specific, animals.

To do so, the IR sensor includes three components:

The trail camera’s images do not display the actual temperature of the objects but the approximate all values (emitted, transmitted, and reflected radiations) by using smart algorithms.

Wildlife at night is way-fun to capture since many animals, such as coyotes or raccoons, are most active then. Thanks to the darkness, they can hide their presence from your trail cameras. However, with a thermal sensor, all warm-blooded animals reveal themselves on the screen, through the dark cover of the pitch-black night.

Your camera can detect and record the trigger event more accurately then.

The infrared sensor is sensitive to motions and the changes in the surrounding temperature. Plus, the radiation lights emitted by the IR LED can go over the distance as long as 50 yards. It means not only the wide detection ranges but also the super- fast trigger speed of 0.5 seconds or even quicker. As long as the battery life is good enough, you will hardly miss the wildlife footage.

What’s more, the infrared trail camera often offers more functions and modes than the standard camera. In standby modes, it can last up to 6 months.

I would recommend the NIR trail camera for those wanting to utilize the wavelength range to specify the spectral characteristics of the inspection objects. For example, you want to shoot the wildlife in limited-light conditions or record high-contrast videos for house monitoring or tutorials.

The LED of NIR cameras emits the near-infrared spectrum from 850 nanometers to 1.4 micrometers. Though these NIR rays are invisible to the eye of human and most animals, there is sometimes a glowing red light under the bottom of the threshold. It might scare some sensitive animals away.

The detection range is short (10 – 50m) and the resolution is low from 2MP to 10 MP. Yet, the price is exceptionally comfortable.

PIR sensor is much more common for trail camera and even becomes the cornerstone of the modern detection circuit.

The PIR sensor is placed behind optical filters and usually covered by a pyroelectric material sensitive the infrared radiation emitted or reflected. That way, the sensor can recognize the motion or thermal in the surrounding detection distance.

When the IR amount through each optical filter is balanced to one another, the trail camera stays inactive. Only until the sensor detects a change in the relative IR resulting from motion or heat do trigger events occur. To be more specific, the trail camera takes a shoot or video.

The PIR sensor often comes with an angle referring to how large the camera senses the movement. The wider the PIR Angle is, the more likely the device captures the subject.

For example, the Campark T45 comes with 3 PIR sensors and 120° Wide Angle Lens so you can get almost everything passing within the field of view no matter how quickly the animal moves.

So I call it for today! The winner for the question “What kind of thermal sensor for trail camera” is the Passive Infrared Sensor. Do you agree? Or, if you have a different opinion or any question related, feel free to leave it right below. We will continue the discussion from there on.

Now, it is time to pick a thermal trail camera to see how the sensor works in real. Pick here.