The Cuddeback E2 Long Range IR Infrared 20 MP Trail Game Hunting Camera is a top of the line trail camera that boasts of its long range infrared sensor and an incredibly fast trigger speed that produces high-quality images and high definition videos. The IR flash allows the E2 to take pictures under poor lighting conditions while still churning out superior no-blur images. The Cuddeback is designed to fit all these high-end features in a sleek, compact package. 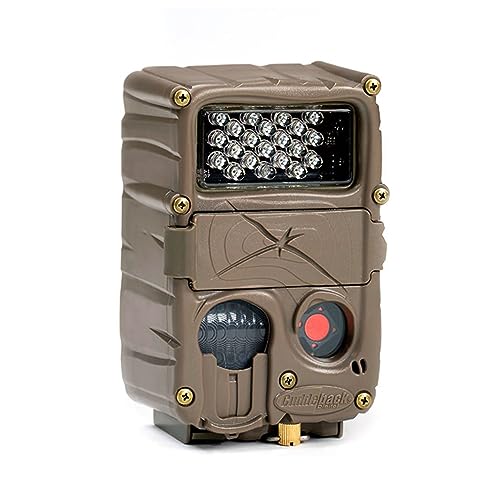 The Cuddeback E2 comes packed with the following features:

The Cuddeback E2 Trail Game Hunting Camera is equipped with the Long Range IR technology that gives over two watts of illumination power and it’s IR flash has an impressive effective range of 100 ft with no visible light output. The Long Range IR sensor is also made to prevent motion-blurs even for images captured at the edges of its effective range.

Cuddeback boasts that the E2 has the world’s fastest camera trigger speed at a quarter of a second and it is paired with an equally fast recovery speed of one second. This is fast as compared to any camera in the market and it ensures that there are fewer blanks and more animals in range. 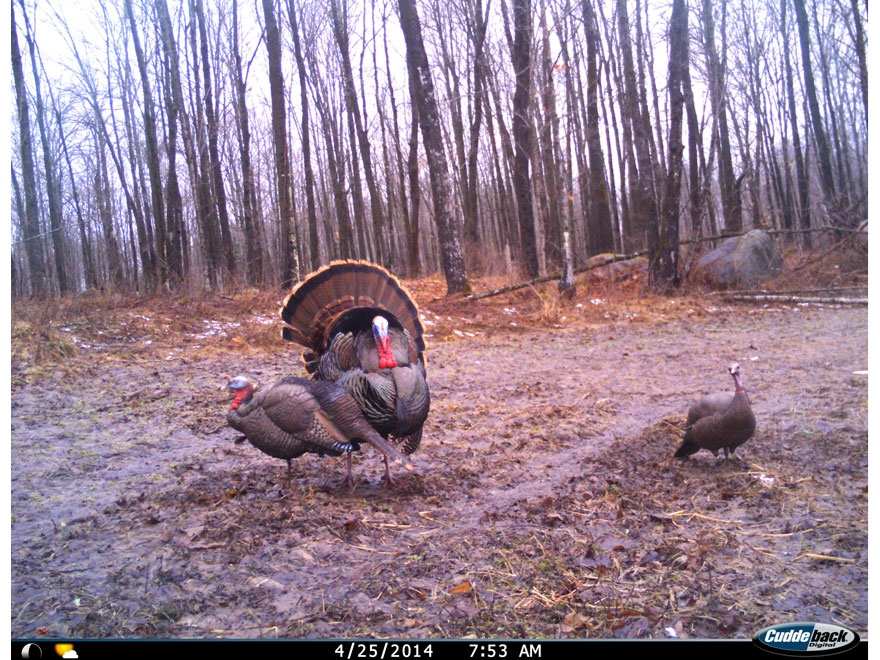 The Cuddeback E2 camera takes clear pictures at 20MP resolution and it is also capable of shooting high definition videos with audio using a high-end CMOS imager. The cameras can be programmed to record 10, 20 or 30 second videos and it can also be turned off in the settings menu to conserve battery life.

Night mode images are clear and of superior quality while day time pictures are correctly exposed. The Cuddeback E2 can also be programmed to have different delay settings for night and day to get the best possible shots.

The camera can also be programmed to stills only, video only, both stills and video with the first shot of the video being saved as a still image. It can also run in No-card mode.

The Cuddeback E2 Trail camera runs on 8 AA batteries and it also comes with an external power jack, allowing you to connect it to an external DC power source. Setting it to capture stills only saves on battery life.

The Cuddeback E2 Long Range IR Trail Camera comes with a robust manual and can also be downloaded from the manufacturer’s website that also houses additional information on troubleshooting and maintenance.

The Cuddeback E2 Camera is currently priced below $200 and is one of the best cameras available in the market.

Online user reviews applaud the Cuddeback E2 for being easy to adjust and use while others comment that the camera offers high quality pictures and is definitely worth its prices. A few users also say that the easy-slide feature allows them to clean and/or change batteries quickly without removing the strap around the tree.

This trail camera also has a standard after sales support and has service centers in select locations that make getting support easier. Online purchases are also ensured with a one-year warranty, which is two years longer than the standard options for other models.

The Cuddeback E2 Long Range IR Trail Camera has an overall rating of 5 out of 5 stars based on user reviews with uses stating that it is the best camera they ever had.