16 Tips You Should Know Before Buying Trail Camera

Ever since it was first introduced, trail cameras have redefined the way hunters identify and track game. From being a fancy supplement, continuous development in trail camera technology gave this nifty tool into an important slot in the modern hunters’ arsenal.

Like any gadget, trail cameras are an investment and it is just right to know what to look for before purchasing the first set of cameras. 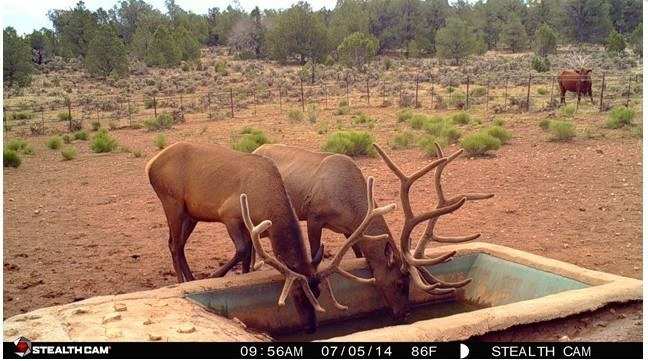 But where does one start?

There are many players in the trail camera market but all of come with almost the same features but it’s in all the details, and details are everything in a trail camera. Over times, these details improve as prices go lower and knowing their differences comes into play when deciding which one to buy.

Picture quality doesn’t just involve the number of megapixels that a camera has, this metric also takes into consideration the clarity of the picture, the color composition and how it contrasts the subject with the foreground and the background.

Resolution is measured by megapixels and the notion that the higher the megapixels count the better the quality is a false notion that marketers use to make customers think otherwise. The resolution works together with the other features to give the best image the camera can capture.

Checking trail camera picture quality involves looking at picture online and comparing them. Outdoor shops also have units available for testing that customers can take sample pictures with to judge the quality of the picture.

Probably the most important feature in a trail camera, the ability to record and capture images at night is what gives trail cameras the edge when it comes to tracking. The perfect trail camera should have either infrared or black LED flash. Bulb-type camera flash can scare wildlife away when it takes pictures at night. Game especially nocturnal ones are sensitive to sudden bursts of light and, as a result, they will scatter and probably never go back to where the trail camera is.

It is understandable that night pictures would have significantly less quality in the images it captures but the photos should still be crisp and clear within acceptable range. Some cameras can eliminate red-eye from the subject but this is an optional feature.

Videos are a newly added feature to trail cameras and most of them would have the option to select the length of the video. Others would also include the option to go HD or VGA with their recordings. Check the quality of the video in both day and night modes, the video playback should be clear and blur-free.

Time lapse videos are taken even when the sensors are not triggered and the output would be a video of the landscape but at a higher speed setting. For example, the camera would record for 8 hours but the resulting time lapse video would only be about 10 seconds. This is an optional feature for hunters are they are more focuses on the hunt rather than playing with video effects.

Almost all trail cameras run on 8 AA batteries but not all of them would have the same consumption rating. Some would have a power saving feature while some would have many features that would use up the juice on the batteries at a faster rate. Ideally, fresh batteries should be able to take about 16,000 pictures before draining out.

Most trail cameras would have built-in memory already, however small, but the unit itself should be able to support at least a 32GB SD Card. The external SD card has the advantage over the internal memory especially when downloading the captured images. SD Cards can simply be removed from the device and plugged into a computer whereas an internal memory camera would require removing it from the mount, and storage unit, and then plugging it in which translates to time and effort lost.

The Detection Circuit is what detects game passing in from of the camera and is also the same mechanism that takes the picture or video and records it. Here are its components:

Trigger Time – once a wild animal enters into the detection zone, the amount of time used to snap the picture is called Trigger Time.

Recovery Time – after a camera triggers the lens and memory would need some time to store the recently captured picture and prepare for the next one, this is called Recovery time.

Sensors – these are what detects game in front of the camera and gives the signal to the mechanism to take the picture. Trail cameras often use infrared sensors.

Detection Zone – this is the maximum range that the sensors can detect movement. This also correlates to the effective distance of the camera lens.

Simply put, the detection circuit is the trail camera and the faster the trigger and recovery time the better. A wider detection zone would also be ideal for a trail camera.

Higher end models have some advanced features that can include:

Remote Access – this provide hunters the ability to check on the images captured at the comfort of their homes, camps or offices.

Viewfinder – this is slowly becoming a standard among trail cameras. This allows the hunter to view images and videos without connecting the unit to a computer.  This also acts as the menu screen for the unit.

Each year the price of parts go down as components gets smaller and easier to manufacture and this also brings down the standard price of new trail cameras. Nowadays, it is not unheard of to have a good quality camera to be priced at less than $200.

There are many brands to choose from with the same features but read about customer feedback and see which brand brings in more customer loyalty than others. This is indicative of a good quality product.

Buying any gadget is never easy and it is important that everything is considered before making the purchase. Things like trail cameras are an investment in the long run, and buying the right one is dependent on how closely one looks at the details of the product.

Where Should HUNT [Infographic]